What exactly are Bioengineered / Genetically Modified Organisms (GMO’s) and are they Unhealthy?

Bioengineered foods are those that have been genetically modified in a laboratory. This means that the genes of one organism have been inserted into another organism, in order to change its characteristics. For example, Monsanto has developed a type of corn that is resistant to the herbicide Roundup. This means that farmers can spray Roundup on their fields to kill the weeds, without harming the corn. While bioengineered foods may offer some benefits to farmers and consumers, they also pose several risks. 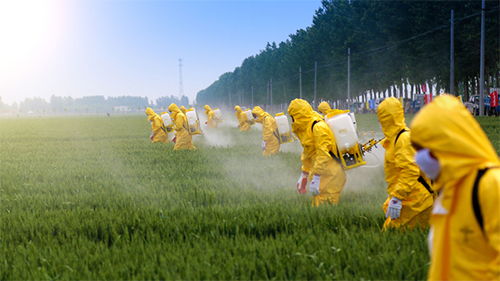 The term ‘GMO’ is vague and can mean many different things, depending on what you read. It could refer to bioengineering, genetic engineering, or just the ingredients of genetically engineered foods.

Bioengineered foods are scientifically altered organisms that have had their DNA changed using biotechnology such as gene guns, bacteria or foreign genes.

Genetic engineering is different from traditional breeding practices since it allows DNA from one species to be introduced into another unrelated species. In traditional breeding practices, a plant breeder may choose to cross two varieties of the same species because each has particular desirable traits. For example, to increase the hardiness of tomatoes, a plant breeder might cross a hardy variety with one that produces particularly tasty fruit.

There is a huge difference between genetically engineered crops and those that are traditionally bred. Crossbreeding crops has been happening for thousands of years, but genetic engineering inserts new genes into completely unrelated species.

For example, let’s say there is a soybean plant that has been genetically engineered to tolerate herbicides. Because this GE soybean plant contains DNA from an unrelated species (another plant), the resulting soybean fruit might have all kinds of unpredictable and dangerous interactions with other genes within that organism, as well as with other plants, animals and humans.

Bioengineering is the process of changing an organism’s DNA. This often results in foods that have been changed in an unnatural way and are not good for our health. These bioengineered food products can introduce novel organisms into our bodies that can cause harm.

Genetic engineering can introduce a novel protein into a fruit or vegetable that could trigger an allergic reaction in those who are sensitive to that particular protein.

For example, the FDA approved genetically engineered salmon for human consumption despite reports from their own scientists that this fish’s flesh was “significantly less firm” and contained more of the allergenic protein, IGF-1, than wild salmon.

Unfortunately, the FDA’s approval of genetically engineered salmon was based on a study conducted by AquaBounty, the biotechnology company that created this novel breed of fish.

The FDA did not require an independent study to prove the safety and healthiness of this GE product prior to approving its public use. The FDA’s own scientists even warned that the AquaBounty salmon might cause increased risks for certain types of cancer, prompting them to call for further long-term studies.

The FDA approved this GE fish in 2015 but has yet to require any additional testing—so it is currently not labeled as genetically engineered in the marketplace.

Why were Bioengineered Foods Created?

In the US, GMO vegetables are typically engineered for resistance to herbicides or increased tolerance to herbicides. In most cases, GM plants have been engineered to be resistant to glyphosate-containing herbicides, such as Roundup. This allows farmers using these genetically modified seeds to kill weeds without killing the genetically modified corn or soybeans. Unfortunately, this results in a dramatic increase in the use of glyphosate-based herbicides.

GMOs were created in the first place because big chemical companies like Monsanto saw an opportunity to make billions of dollars in profits by selling patented GM seeds to farmers. And they continue to be developed primarily for this reason—to make money, not to improve our health.

Are Foods Sprayed with Glyphosate Harmful?

Some people say that the glyphosate used in industry is minimally toxic to humans. But others, including some scientists within the US Environmental Protection Agency (EPA) are concerned that glyphosate may be contributing to a number of serious health problems, such as cancer, birth defects and gluten intolerance.

Glyphosate-based herbicides like Roundup were originally created to kill plants. They are designed to inhibit an enzyme called EPSP synthase, which is necessary for plants to grow. Monsanto, the creator of Roundup, claims that glyphosate does not pose a risk to human health because humans do not have the EPSP synthase enzyme. But many scientists now believe that glyphosate may be harmful to humans because it inhibits more than just the EPSP synthase enzyme.

Glyphosate has also been shown to kill beneficial gut bacteria and change the expression of genes in human cells.

The International Agency for Research on Cancer (IARC), an autonomous arm of the World Health Organization (WHO), recently classified glyphosate as a “probable human carcinogen” based on evidence from animal studies that showed it can cause cancer.

Other Concerns with Bioengineered Foods?

The creation of new diseases is one of the biggest concerns about genetic engineering. New diseases arise every year, and the way they spread is unpredictable. With bioengineered foods, scientists can’t accurately predict where new diseases will arise because they don’t fully understand what will happen when DNA from radically different species are combined. What’s really disturbing is how little research has been done on this topic or on the possible adverse effects to human health.

While new diseases and viruses are one problem, old diseases may also become more prevalent because of genetic engineering. For example, bovine spongiform encephalopathy (BSE), or mad cow disease, can be transmitted to humans through beef consumption, and it’s caused by prions, which are rogue proteins. The first cases of BSE in cows appeared after scientists inserted the gene coding for a protein (a prion) from another species into cows’ DNA to make their milk more nutritious.

According to Jeffrey Smith the author of Seeds of Deception, genetic engineering can damage or rearrange genes, resulting in changes to a food’s nutritional content, creation of new toxins, or cause unexpected allergenic effects.

Genetic engineering also threatens many non-food plants that support our ecosystems, like wildflowers. For example, Monsanto’s bioengineered “Roundup Ready” canola — designed to resist the herbicide Roundup — has escaped into the environment and is thriving across North America. This is erasing populations of wild canola, which are vital to the life support system that sustains many species in our ecosystem like bees, butterflies, moths, birds, and more.

What are the Alternatives to Bioengineered Foods?

There are many ways of creating new varieties of plants that don’t involve genetic engineering. All it takes is crossbreeding plants with desirable traits over several generations through extensive field trials. This process doesn’t create new diseases or viruses and it doesn’t involve the use of foreign DNA. It also allows us to test new varieties in real-world conditions before they become available to farmers and gardeners, which helps ensure the healthiest product with minimal environmental impact.

How do You Avoid Eating GMO Foods?

The European Union, Japan and Australia all require foods containing GMO’s to be labeled as such. In the U.S., however, it’s nearly impossible to tell if your food has been genetically modified unless you buy organic. Likewise in Canada, there are no mandatory labels for genetically modified produce.

It’s difficult to avoid bioengineered foods because they’re in most processed foods such as cookies, crackers, sauces, soups and salad dressings.

The most common GMO foods for human consumption in Canada are soybeans, including soybean oil, corn and canola. Other significant crops that are genetically modified include: sugar beets, zucchini, yellow summer squash, plum tomatoes, papaya from Hawaii, as well as some varieties of potatoes.

The easiest way to avoid eating GMO foods is to buy organic. Foods that are certified organic by a third-party organization like EcoCert, or Quality Assurance International (QAI) cannot contain GMOs. You can also look for a Non-GMO Project label. Keep informed and up to date by joining COTA, Canadian Organic Trade Association. COTA leads the organic industry and government on a wide range of issues affecting the organic sector.

In summary, genetically engineered foods are unhealthy because they introduce new diseases and may cause old diseases to become more common. They also threaten our ecosystems, like bees, butterflies, moths, birds, and more.

Genetic engineering is fraught with uncertainty since its risks are new and unstudied. That’s why more independent scientific research must be conducted to better understand the impact of bioengineering on all aspects of our environment, including soil health and seed viability.

The best way to avoid eating GMO’s is to support organic farming by buying only organic products when possible and to stay informed.